In the industry's view, the biggest role of this "white list" is to force the "latent" steel production capacity to be exposed to the surface for many years, to minimize the blind spots in the steel industry management, and to promote the contradiction between the standard operation of the steel industry and overcapacity.

Liu Haimin, deputy director of the Metallurgical Industry Economic Development Research Center, said in an interview with the Securities Daily that "the Ministry of Industry and Information Technology announced the "conditions" that some of the lurking steel production capacity has surfaced. However, it is conservatively estimated that there are still more than 60 million tons this year. The steel production capacity is 'deeply hidden'. It can be said that the "conditions" can only be said to play a role in promoting the current overcapacity problem in China's steel industry, rather than determining the role."

As one of the specific measures to implement the State Council's transformation of government functions and strengthening post-event supervision, the Ministry of Industry and Information Technology revised and announced the "Conditions" in 2012, and in accordance with certain technical, quality, environmental protection, equipment and other conditions, the existing domestic steel enterprises Incorporate into the scope of regulatory management and recognize it.

Lange Steel Network analyst Zhang Lin told reporters that the Ministry of Industry and Information Technology announced 305 steel enterprises in the past three years, which is basically the preliminary specification of the steel industry. "Objectively speaking, the threshold for the demand for steel enterprises in the "white list" is not very high, and the pressure on steel enterprises is not great. In the past, the government also issued a document to urge all localities to eliminate the steel plants in their own jurisdictions, but No more details of the elimination were announced to the public, only the total amount of production capacity was announced, which proves that the steel enterprises have completed the elimination tasks issued by the higher authorities. Now it is through the preliminary review to announce the steel mills on the online standards. The list, the iron and steel steel rolling and other equipment, who meets the regulations, at a glance, more transparent, can also be better supervised," she said.

Still have a lot of capacity to dive

In Liu Haimin's view, although the steel enterprises that meet the "Conditions" have played a role in controlling excess capacity, this is by no means the main way to solve the problem of overcapacity in China. "This method is useful, but it is still not thorough, because some The 'Haihu' steel mills are still not known. Although these small steel mills are small in size, they are still small, and the sum of production capacity is still amazing."

Liu Haimin told reporters that the real control of production capacity, relying on two kinds of weapons, the first is the law; the second is to rely on the market to adjust spontaneously, "the way through administrative means is not to use".

It must be noted that even if steel enterprises have already been on the â€œwhite listâ€ of steel enterprises, they are not once and for all. The relevant persons of the Ministry of Industry and Information Technology also stated that enterprises with standardized conditions explicitly require dynamic management of the list of announced enterprises and cannot maintain regulatory conditions. Will be disqualified. The Ministry of Industry and Information Technology will conduct random checks on the announced enterprises and encourage all sectors of the society to supervise.

â€œLike Shanxi Haixin Steel, even if it has entered the 'white list', but now Haixin has entered the bankruptcy reorganization process, such steel enterprises are also to be delisted, but this list is mainly for those steels that are not environmentally friendly. Enterprise, Haixin should belong to a special situation." Zhang Lin said.

Yangzhou Chengde (YC) is one of the best pipe manufacturers in the world, and the production diameter from 8" to 48" in OD and wall thickness from 9.53 mm up to 140mm. We can produce the A/SA53 steel pipes according to the ASME SA53 and ASTM A53 standards.

Chengde have been working on the research.manufacture and sale of seamless pipe about 30 years, and the advantage of core competence is more prominent by integrate in technical.management and market with PCC.

1 The Piercing and rolling technology of Chengde possesses a number of patents in designing and manufacturing the equipment. The production is efficient and flexible, and the quality is stable.

2 The material grade is complete, and the size range is wide (three produce line can manufacture all non-standard sizes).  The Minimum Order Quantity (MOQ) as low as ONE piece, and the date of delivery is short with excellent cost performance.

3 The sales and service team is professional and localize. 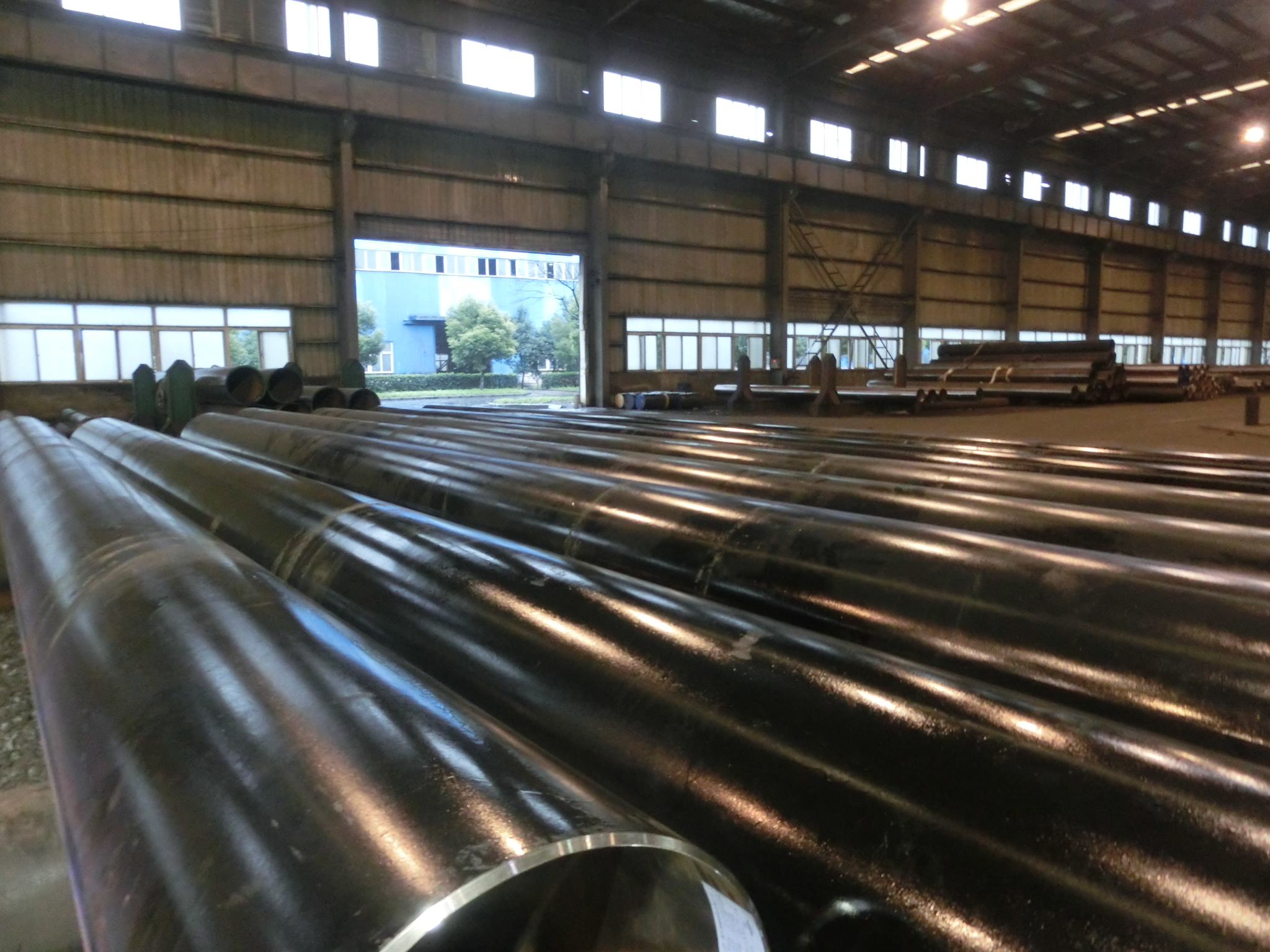